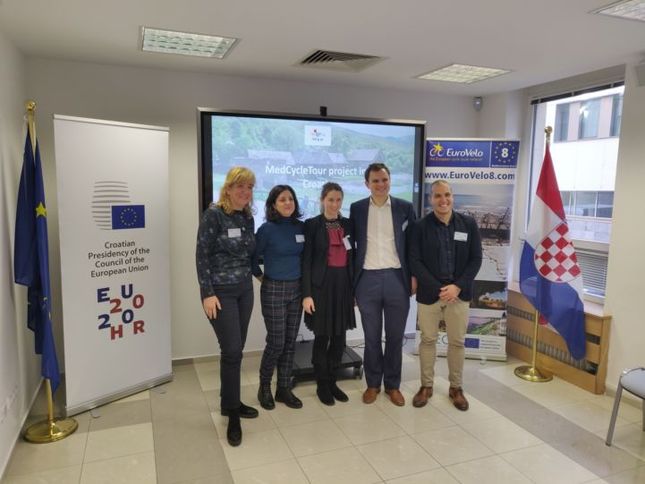 On Wednesday 19th February 2020, in collaboration with the Croatian Presidency of the Council of the European Union, the ECF organised a workshop with decision makers in Brussels on cycling tourism in the Mediterranean Area in the frame of MEDCYCLETOUR project.

The half-day workshop was expertly moderated by ECF Vice President, Camille Thomé, and full of valuable input starting with Krisijan Lezaic, Transport Attache of the Croatian Permanent Representation to the EU. Speaking about the importance of developing and improving infrastructure for active mobility, including a trans-European cycling network, Mr Lezaic stressed the necessity of integrating active mobility in future European funding and financing schemes and supporting Member States’ programmes for active mobility. Additionally Mr Lezaic indicated the Rail Passenger Rights, which are high on the priority agenda of the Croatian Presidency, are progressing well. 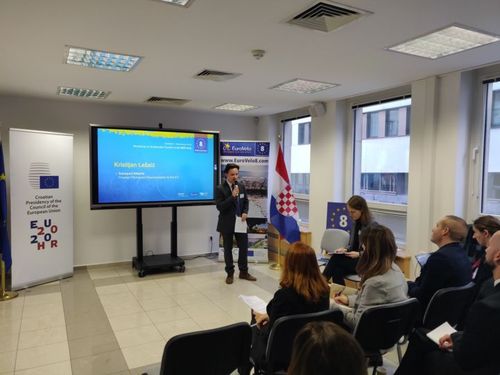 Krisijan Lezaic, Transport Attache of the Croatian Permanent Representation to the EU

The next presentation came from Iulia Niculica from the European Travel Commission who presented the latest European tourism trends. Participants got to hear that most tourism destinations continued to experience growth during 2019 and also learnt about the latest growth potential from long-haul source markets. Ms Niculica introduced the participants to the share of travellers interested in different passions with a connection to nature being of significant interest in driving people’s travel decisions.

Jill Warren, co-CEO of ECF, welcomed all participants and made her conviction clear how important it is to encourage cycling tourism. She also promoted the TrainsForCyclists campaign and stated: "We stand for more and better cycling for all. Cycle tourism and multimodality are key to this vision and that's why we want 8 bicycles on all trains".

The Network of European Regions for a Sustainable and Competitive Tourism Permanent secretariat (NECSTouR) was invited to share its view on how to manage the continuing growth of the tourism sector to ensure its sustainably. Sandra de Puig, Head of Policy, presented two projects from the NECSTouR work program: CIVITAS Destinations and the horizontal project on Sustainable Tourism in the Interreg MED Programme. One of the challenges for tourism of tomorrow is addressing climate change and improving resources efficiency. NECSTouR is tasked with overseeing the capitalisation process of the MEDCYCLETOUR Interreg Project (among many others) within the partnership of the MED Sustainable Tourism community and spread the results of MEDCYCLETOUR on local, regional, national and European levels.

Presentation of the main outputs of the MEDCYCLETOUR project 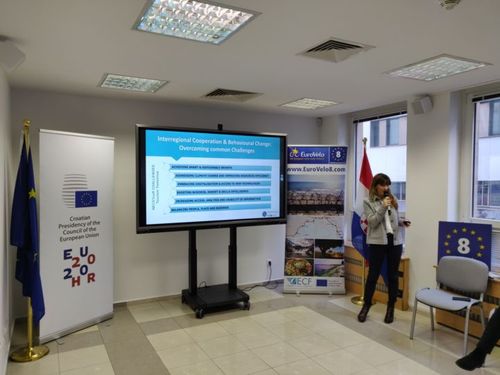 Jesus Freire, Business Development Director at the European Cyclists’ Federation, presented the main objectives of the MEDCYCLETOUR project. These are to use EuroVelo 8 – Mediterranean Route as a tool to influence regional and national policies in favour of sustainable and responsible tourism, providing transnational solutions in coastal areas across the Mediterranean. He reported on the successful transnational cooperation along the Mediterranean Region so far but the end of the project is now approaching: on 22nd – 23rd of April 2020 a EuroVelo 8 Final Conference will be held in Cádiz (Spain).

Ivana Karuza from the Croatian National Tourist Board (CNTB) gave a short insight into the work the Croatian partners have undertaken in the project, including the Action plan for the development of the Croatian route of EuroVelo 8 for the period from 2018 to 2030. Ms Karuza also introduced us to the new official website of EuroVelo 8 in Croatia and various other capitalisation activities, such as additional signposting in Zadar and Šibenik-Knin County as well as a study tour on the route in September 2019.

Presentation on benefits of cycling, what needs to be done to develop cycling tourism and what role EU funds can play

The ECF’s Holger Haubold estimated that the total annual benefits of cycling for the EU is of 150 bn EUR. Benefits occur in many areas and policy fields such as Environment and Climate, Energy and Resources but also in Business, Time and Space as well as cycling tourism. Mr Haubold reported that the economic impact of cycle tourism at national level in Germany alone was 9.2 bn EUR per year in 2009, which supported an estimated 186,000 jobs.

Ed Lancaster, also from the ECF, followed Mr Haubold and started by considering what investments need to be made in order to realise the benefits of cycling. It turned out that six interlocking sections must be considered: not only the route infrastructure but also providing supporting services, marketing and promotion, monitoring and sustainable organisation. Regarding EU Funds, Mr Lancaster showed in an example that EU funding can have a multiplier effect: EuroVelo 8 – Mediterranean Route was initially the focus of a 330,000 EUR COSME project; then the current MEDCYCLETOUR has a budget of over € 2.5 million, which in turn has led to regional investments in Andalucía alone of over €100 million. 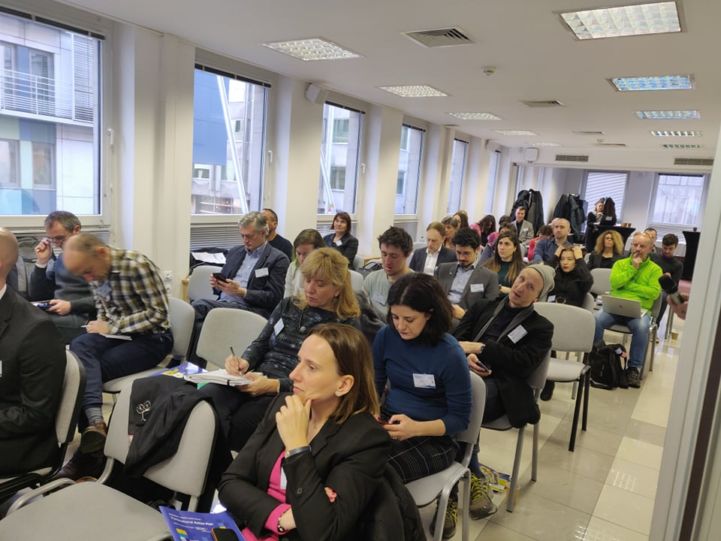 After the enriching presentations the interactive part of the workshop started. The EuroVelo team prepared a scenarios workshop in which the participants should deal with the question: How could cycling development/cycling tourism help tackle the challenges faced by three types of Mediterranean territories? One of the objectives of the workshop was to understand the specificities of challenges encountered in cycling development/cycling tourism in key regions of the Mediterranean Area and to consider different perspectives through role-playing. 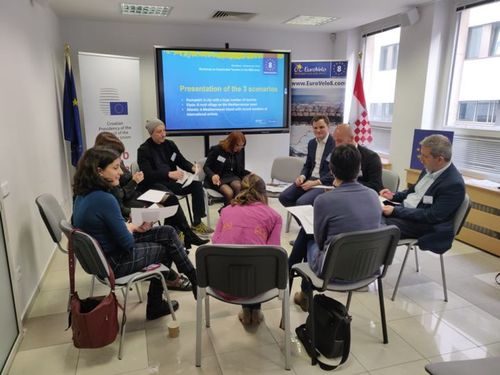 At the end of the event, there was an intervention by the Italian MEP Gianantonio Da Re. He stated that "cycle tourism has a great potential to benefit our local economies and promote the historical and cultural heritage of our communities. The real impact it can have is often underestimated. I have always been a cyclist and I believe the bicycle is an amazing tool that I am ready to support further during my term in the European Parliament".

The final words were left to Ana Štrbac, Tourism Attache to the Croatian Permanent Representation to the EU, who looked forward to an optimistic future with a positive trend in cycle tourism.

The ECF’s EuroVelo Team hope that all participants enjoyed the workshop and were rewarded with valuable know-how in developing sustainable tourism in the Mediterranean Area.

All the presentations used on the day are available here.