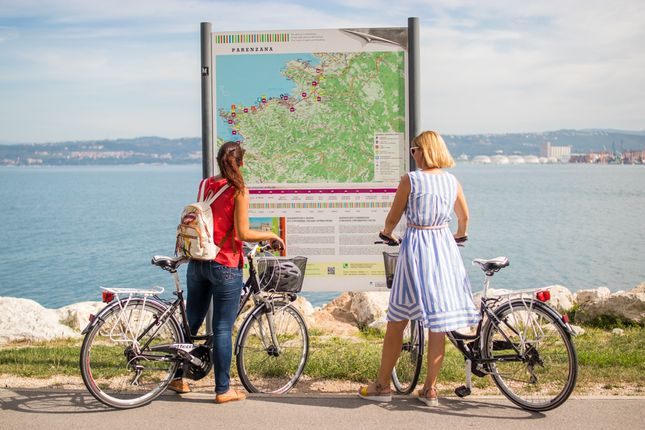 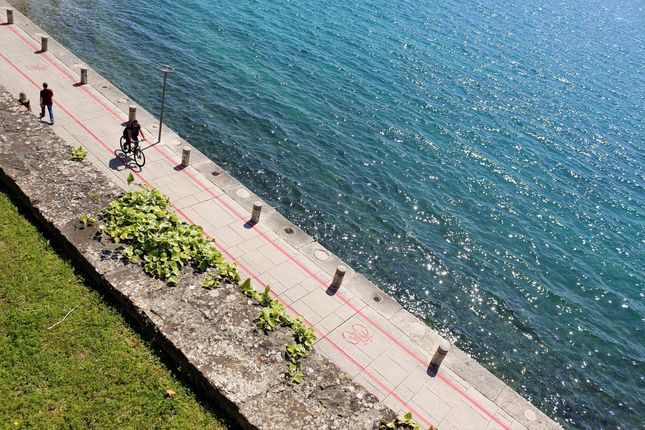 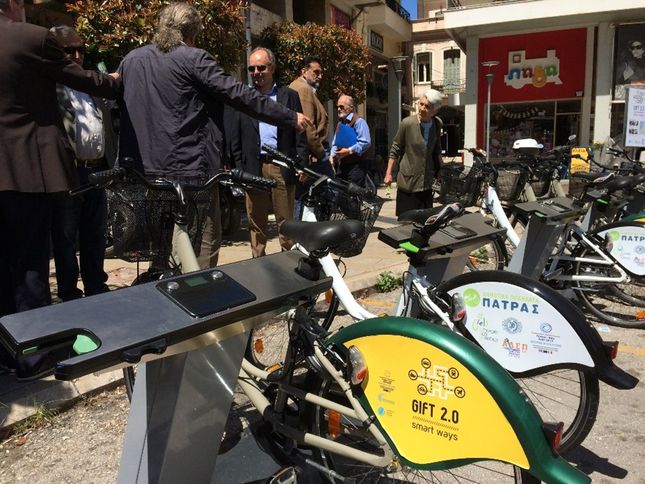 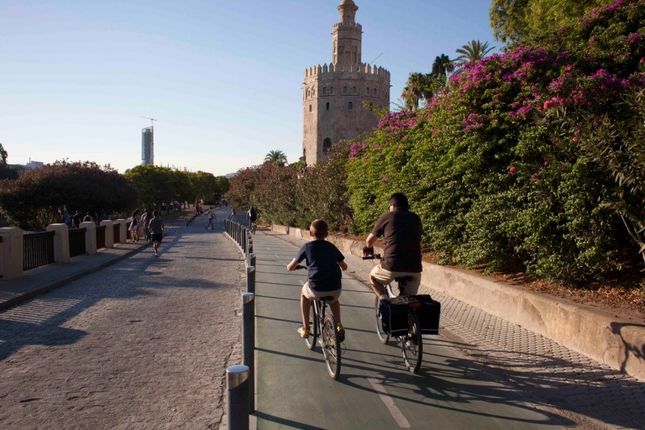 10 countries, 7,500 km of cycle routes and 23 UNESCO sites: EuroVelo 8 – Mediterranean Route has a lot of potential as a cycle tourism destination. With the Interreg-funded MEDCYCLETOUR project coming to an end, we look back at some of the results of these last three years while keeping an eye on the route ahead – starting with the good practices collected in the frame of the project!

10 partners from 7 different countries worked hand in hand for over three years in the MEDCYCLETOUR project, aiming to further develop and promote EuroVelo 8 – Mediterranean Route and to use it as a tool to influence regional and national policies in favour of sustainable tourism. Project partners collected 15 good practices on cycling tourism route infrastructure, cycling friendly services solutions for combining bicycle and public transport, promotion and marketing and sustainable financing solutions. In this article, we are reviewing these success stories and what we can learn from them.

In the Cycling Tourism Route Infrastructure category, we find the Natural Trails Programme in Madrid, which contributes to the conservation of natural spaces through the restoration of infrastructure and old disused tracks and trails. This practice is positive both for the sustainable development of rural areas and for meeting social demands as it creates alternative tourist services, easy access to nature for the region’s citizens and an economic boost, fostering employment in a rural area. In a similar way, the development of the 110-km long Parenzana – Route of Health and Friendship in Koper, Slovenia allowed the revitalisation of the closed Parenzana railway and to promote it as an important cross-border tourist destination. The promotion was done by linking the route’s cultural heritage with recreational and gastronomical events such as trekking, races and “wine runs”.

Cooperation is also important between municipalities, to develop and promote cycling tourism in a region, as Catalonia’s Supra-Regional Organisation good practice illustrates. The Greenway Consortium in Girona is a supra-regional structure that works together with all local administrations to manage the region’s cycling paths. It also has alliances with other tourism sectors, promotes public-private collaborations and is involved in innovation processes. Still in Catalonia, the Counters and Users Profile Study good practice allows to verify the popularity of already developed routes and make sure the Consortium’s actions are in line with the users’ needs. At a smaller scale, the “Wander by Bicycle” project in Patras, Greece worked on increasing cycling activity in the Municipality of Patras, building upon cross-border cooperation. It involved several local associations and stakeholders to develop and promote suburban bicycle routes and to collaborate on Western Greece’s Regional Bicycle Plan.

The Cycling-Friendly Services Solutions category includes initiatives from Italy and Greece. In Oltrepò Mantovano, the city’s Consorzio provided local farmhouses and other tourist facilities with free of charge bicycles that tourists can use during their stay. The action benefitted cycle tourists, tour operators, local restaurants, B&B and farmhouses, and of course encouraged the discovery of the Oltrepò Mantovano territory in a sustainable way. In Greece, the GIFT 2.0 project made bicycles available in the city of Patras and included a trip planning tool allowing users to combine different modes of transport while traveling in Greece and Italy. The experience was so successful that the tool was integrated by cycling organisations and organisers of cycling events in the area of Puglia, Italy.

Four good practices from Italy and Catalonia fall into the Solutions for Combining Bike and Public Transport category. In the region of Friuli Venezia Giulia, Bike & Train and Bike & Ferryboat services were put in place. The ferryboat service was introduced to connect the regional capital Trieste and the neighbouring municipality of Muggia, allowing for the carriage of 15 bicycles. It has the advantages of reducing road congestion and increasing sustainable mobility, and an extension along the Slovenian coast is already planned, targeting both commuters and cycle tourists. The train service runs between Udine/Trieste in Italy and Villach in Austria with special coaches to carry bicycles. It is operated by a joint venture of the Austrian ÖBB and the Italian company FUC and has space for 100-150 bikes per train. In the Consorzio Oltrepò Mantovano territory, a Bike Shuttle Service was developed along the Po River stretch of EuroVelo 8. The bus was also chosen in Catalonia with the BiciBus project, making it possible for cyclists to transport their bike on interurban public bus services.

The Cycling Plan of Andalusia 2014 – 2020 ticks all three previous categories as it concerns the promotion of greater use of the bicycle in urban, metropolitan and regional scales, including the construction of a long-distance cycle route network as well as measures to promote intermodality, bicycle services, dissemination and awareness, and public bicycles. The Cycling Plan of Andalusia fosters collaboration between municipalities, expanding the opportunities already available (such as the Seville experience) and it brings economic benefits to local communities by encouraging a better spread of tourists in the region. It has been recognised internationally as a good practice and example for other Spanish regions.

In our next EuroVelo 8 – Mediterranean Route MEDCYCLETOUR article we will look at some more inspiring achievements of the project: the last pilot actions that were implemented along the route. The first pilots put in place were promoted in the middle of the project, and you can find further information about them in the articles here and here.